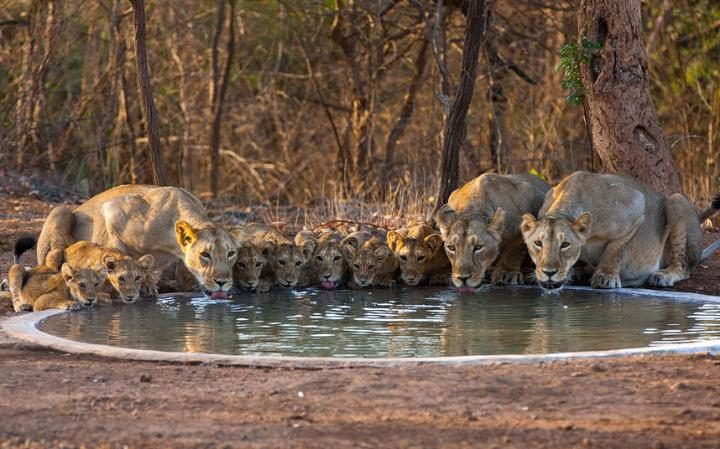 Famous for being the royal abode of the Asiatic Lions, Gir Forest National Park extends its boundaries to an area approximate to 1412 sq kms. The forests of Gir have been treated and protected like a child because of its inhabitation of some rare species of flora and fauna. There are about seven rivers that cross the Gir region and the forest has about four dams that are located on the four rivers. Abundant in its variety of resident mammals such as sambar, chowsinghaa, Nilgai, hare and pangolin find a shelter in these forests. Birds like crested hawk-eagle, Indian eagle-owl, pygmy woodpecker, black-headed oriole, rock bush-quail and Indian pitta also can be spotted here.

Situated in the Bhavnagar district of Gujarat, Velavadar national Park or the Blackbuck national Park covers an area of 34 sq km. The major area of the national park is a semi-arid region and it touches the coastal shore of the Gulf of Khambat at its bottom. The national park is known for the conservation of blackbuck and houses a lot of rare species. The major animals that find a refuge in this sanctuary are wolf, striped hyena, lesser florican, jackal, wild pigs and jungle cats. Larks and sand grouse can also be seen flying overhead. 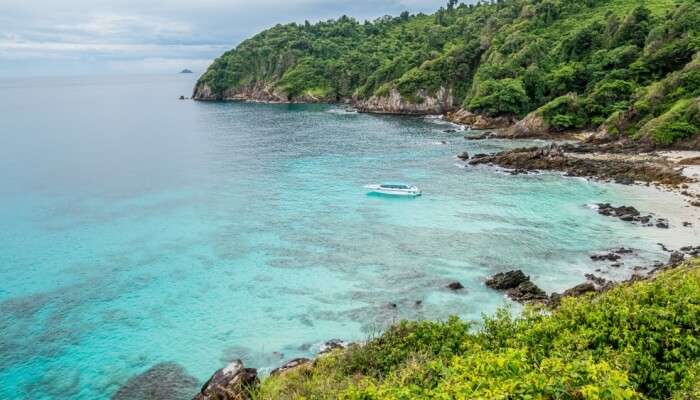 Marine National Park covers an area of about 162 sq km in the Jamnagar district of Gujarat. This unique national park is found on the shoreline of the Gulf of Kuchh. Sponges, jelly fishes, corals, octopus, lobster, dolphin and pearl oyster are the major species of this marine life. Surrounded by the coral reefs, the Marine National Park lies near one of the 42 islands. The best island to enjoy the marine life and the national park is Pirotan. 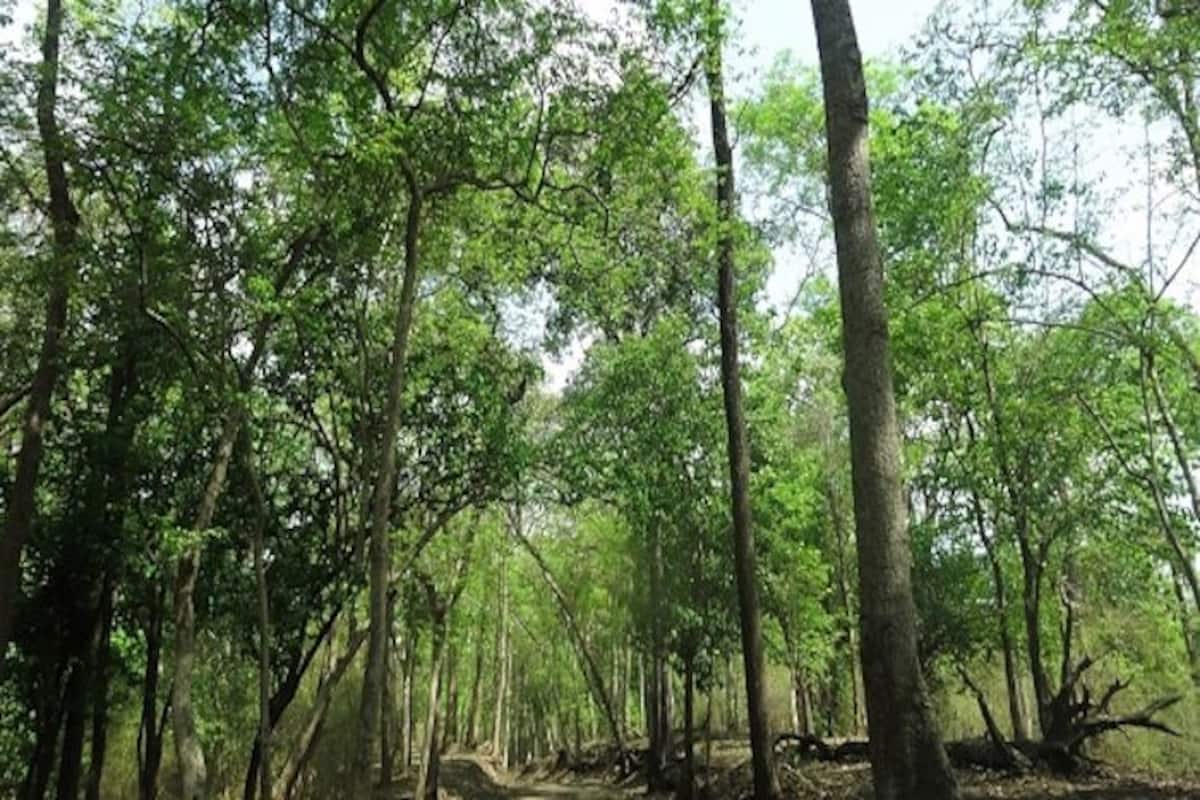 The deciduous forests of the Western Ghats of the Sahayadri range of mountains is found on the periphery of the Ambika River and stretches its area up to 24 sq km. Vansda National Park is abundant in its flora, fauna and avifauna. Hyena, chowsinghaa, spotted deer and leopards are the major residents of this wildlife area. The endangered Giant Indian Squirrel also finds its home here. Barking deer, Indian porcupine, rusty spotted cat, flying squirrel, common palm civet and jungle cats also share the forests for their living. Pythons are also commonly found moving here. Birds like forest spotted owlet, Malabar trogon, yellow backed sunbird and great Indian black woodpecker can also be seen in this region.

Spreading in the massive area of 4954 sq km in the Little Rann of Kutch, Wild Ass Sanctuary is the largest sanctuary of the nation. The khurs or the Indian wild asses are the protected species of the place. Sprawling in the deserted area of Kutch, Wild Ass Sanctuary also houses Chinkara, water fowl, Macqueen’s bustard, blackbuck, fox and wolf. The sanctuary witnesses the largest population of the khurs globally.

Gujarat, a state that encompasses a large number of sanctuaries that help many wild animals resides in the nature without being interrupted by man. The bio reserves of the place witnesses a variety of animals, mammals and reptiles along with birds and other aquatic species that are confined only to this region.